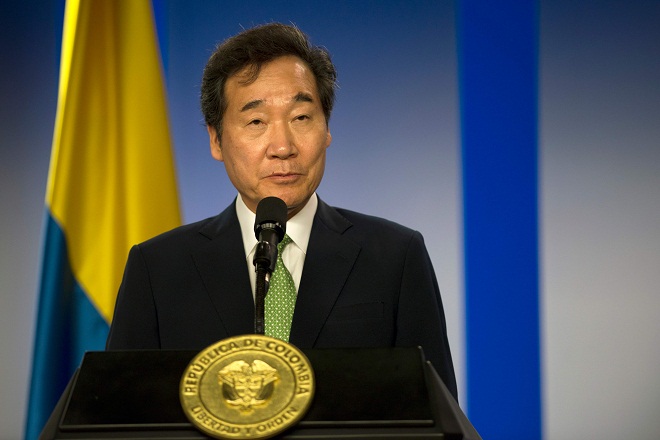 Lee will stay in Japan for three days from Oct. 22, when the "Sokuirei-Seiden-no-Gi" ceremony will be held at the Imperial Palace in Tokyo.

South Korean President Moon Jae-in will not attend the ceremony, amid strained relations between the two East Asian countries.

Lee, who had served in a key post at an association of South Korean lawmakers promoting friendship with Japan, is known as one of the only few pro-Japan officials in the Moon administration.

South Korea's Yonhap News Agency reported that the participation in the important ceremony by one of the highest-level South Korean officials could be a sign of Seoul's intention to mend fences with Tokyo.

Lee is slated to attend a celebratory feast to be held at the palace on Oct. 22 and a reception to be hosted by Japanese Prime Minister Shinzo Abe on Oct. 23.

The South Korean government is considering arranging a meeting between the prime ministers during Lee's Japan visit.

If the meeting is set up, Lee and Abe are expected to discuss the issue of wartime labor, Japan's tightened controls on exports to South Korea and South Korea's decision to scrap its General Security of Military Information Agreement, or GSOMIA, with Japan, informed sources said.