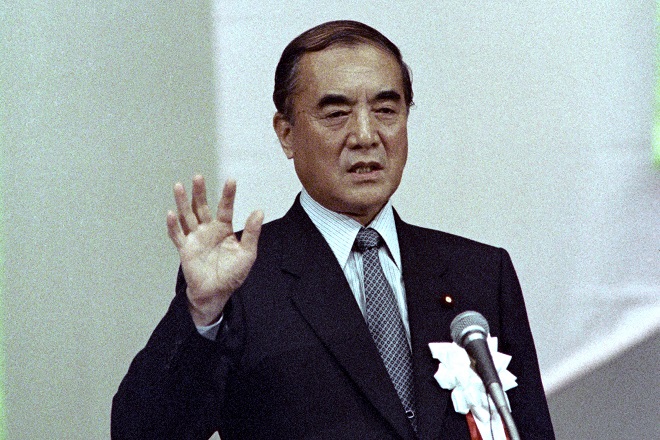 Palace condoles with Japanese people for death of ex-PM Nakasone

Malacañang on Sunday expressed its sincere condolences to the Japanese government and its people for the passing of former Prime Minister Yasuhiro Nakasone at the age of 101.


In a statement, Presidential spokesperson Salvador Panelo said Nakasone was a great friend of the Philippines.


“He was conferred the Order of Sikatuna with the rank of Grand Collar (Raja) in 1983 for his contribution in strengthening Philippines-Japan diplomatic ties,” Panelo said.


“As tributes pour to honor the life and legacy of the late Japanese leader, we pray that the Almighty grant Mr. Nakasone eternal repose as he rests in happiness and peace,” he added.


Nakasone, Japan's prime minister from 1982 to 1987, died last Friday in a Tokyo hospital where he was confined. Ella Dionisio/DMS