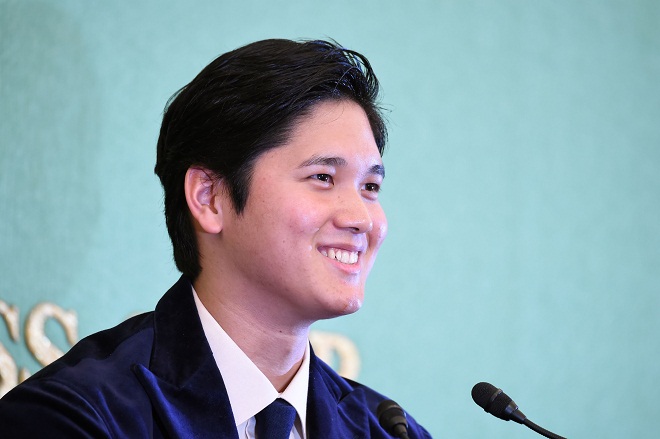 Ohtani Looks Back on Rookie Season in MLB as “Good”

Speaking at a press conference in the Japan National Press Club in Tokyo, Ohtani, who came back to Japan on Wednesday, said he had a "fruitful" season with the Los Angeles Angels.

The 24-year-old, however, said he was not completely satisfied as he had to take a break from baseball after experiencing pain in his right elbow.

Ohtani underwent Tommy John surgery on Oct. 1 to repair the ulnar collateral ligament injury. He said he once thought that surgery should be avoided, but that he concluded that it was necessary to improve his performance.

He said he "can't pinpoint" when he will return to play. He is unlikely to return to the mound until 2020 but is likely to hit next season.

On participating in the 2020 Tokyo Olympics, Ohtani said it is not a matter that he could decide by himself.

He left Japan's Hokkaido Nippon-Ham Fighters last winter to play in MLB. While going 4-2 on the mound, he had a .285 batting average with 22 home runs and 61 RBIs.

Ohtani, who has been compared to Babe Ruth as a two-way player, won the 2018 American League Rookie of the Year award. Jiji Press