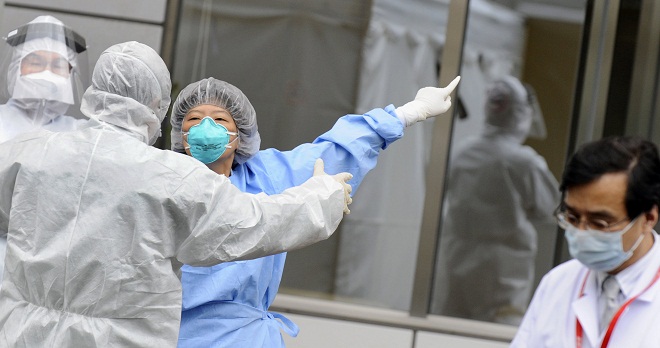 Gifu--The Gifu prefectural government said Tuesday pigs suspected of being infected with swine fever were found at a pig farm in the city of Ena.

The farm is the 14th facility in the central Japan prefecture where swine fever infection has been suspected or confirmed since September last year.

The prefectural government will cull some 4,000 pigs at the farm.

Following a report from the farm on Monday that it had several pigs running a high fever, the Gifu government conducted an examination.

A total of 14 pigs tested positive for the disease, also known as hog cholera, in the test, according to the prefectural government.

The Gifu government also found that 57 pigs were shipped to a wholesale market in Nagoya, the capital of neighboring Aichi Prefecture, from the farm on Friday.

The prefectural government has already informed the Aichi government of the shipments.

On March 6, Japan's agriculture ministry provided guidance on hygienic management at the farm. Problems that had been brought up during the session had been improved, according to the ministry. Jiji Press