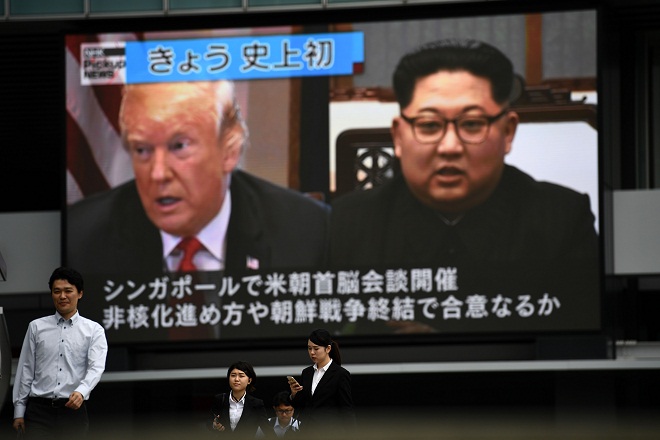 Seoul- A majority of Japanese are skeptical that the North Korean nuclear issue will be resolved, a private survey found Monday.

According to the joint survey by Genron NPO, a Japanese private organization, and the East Asia Institute, a South Korean independent think tank, 65.1 pct of Japanese respondents answered that it will be difficult to resolve the issue.

On the other hand, South Korean respondents who expected that the problem will be resolved within 10 years stood at 60.6 pct.

In a similar survey last year, 68.9 pct of the surveyed Japanese and 71.3 pct of South Koreans expressed skepticism about the resolution of the issue.

The proportion of South Koreans who answered in the same manner in this year's survey, however, fell drastically to 23.2 pct.

Unlike South Korea, Japan is "not involved in direct negotiations" with North Korea, Genron NPO President Yasushi Kudo said of the Japanese respondents' results in the latest poll.

He added that the issue of North Korean abductions of Japanese nationals also affected the results.

Meanwhile, the proportion of Japanese respondents with a negative view of South Korea fell 2.3 percentage points to 46.3 pct.

Some 50 pct of South Korean respondents who traveled to Japan had a good impression of it. Kudo emphasized that direct exchanges between their peoples are a "wonder drug" for improving impressions the two countries have of each other.

The share of South Korean respondents who highly evaluated the 2015 accord between Japan and South Korea to resolve the issue of Korean comfort women, forced to serve as prostitutes for Japanese soldiers before and during World War II, rose 2.5 points to 23.8 pct.

Those who answered the opposite slid some 10 points to 45.8 pct.

On the other hand, 38.8 pct of the surveyed Japanese thought highly of the accord, while 28.1 pct did not.

The survey, the sixth one in as many years, covered around 2,000 people at or over 18 years old in both countries between May and June. Jiji Press