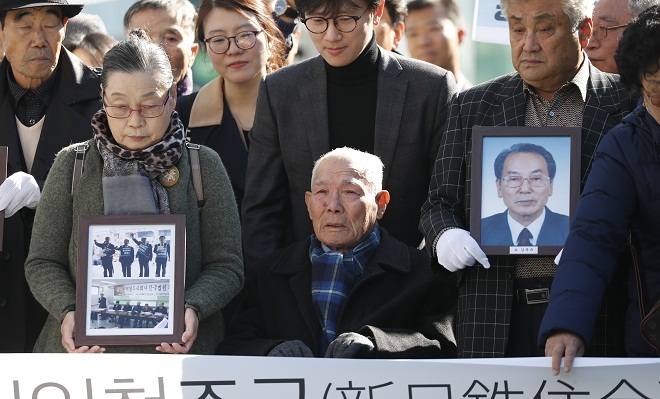 Tokyo--South Korean Prime Minister Lee Nak-yon said Wednesday that there are "fundamental limitations" to his government's ability to take measures demanded by Japan against the Supreme Court decision last year that ordered a Japanese company to pay compensation to South Koreans for wartime labor.

Lee suggested that there are difficulties about taking swift, detailed measures against the ruling.

"From past experience, we can see that executive branch involvement in something that is subject to legal proceedings has never worked," Lee said in a debate held in Seoul. "It is also against the separation of powers."

"Even if the administration sets out an alternative path, its effect cannot be assured," he added.

Lee has been leading the South Korean government's response on the rulings, which have strained Japan-South Korea relations. Japan asserts that the issue of wartime labor during its colonial rule of the Korean

Peninsula has already been resolved by the 1965 bilateral pact on claims and property.

On a potential summit between Japanese Prime Minister Shinzo Abe and South Korean President Moon Jae-in on the sidelines of the Group of 20 summit in the western Japan city of Osaka in late June, Lee expressed hope that the two leaders can reach an "agreement in principle" on the issue.

"I hope that the exchange of opinions can be done in a way that (the two leaders) share their wisdom and make sure not to affect the many problems South Korea and Japan need to tackle in the future," Lee said.

The South Korean prime minister also said that his country should take a "prudent approach" in confrontations over historical issues with Japan, when asked whether he can urge Japan's Emperor Naruhito to apologize over the issues.

Noting that "there are Japanese constitutional restrictions" to the Emperor's activities, Lee said that he had "received (the Emperor's) thoughts on history and South Korea extremely positively" when the two met at the World Water Forum in Brasilia in March last year. Jiji Press