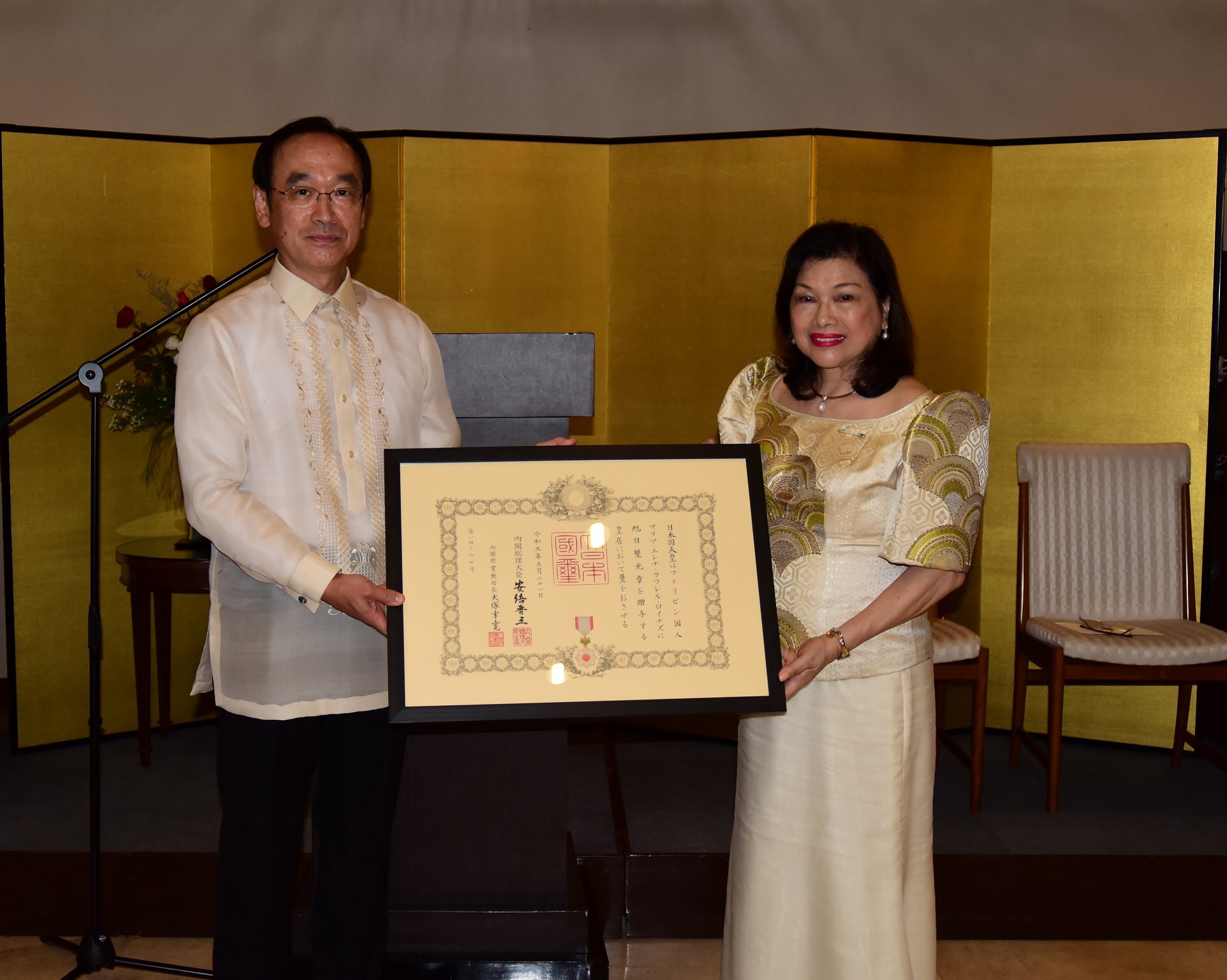 Ma. Elena Laurel Loinaz received the Order of the Rising Sun, Gold and Silver Rays in a conferment ceremony held at the Japanese Ambassador’s residence on Friday, the Japanese Embassy said in a statement on Monday.

The award, conferred by Ambassador Koji Haneda on behalf of His Majesty the Emperor of Japan, was given in recognition of her contribution to promoting mutual understanding between Japan and the Philippines.

Ms Laurel Loinaz served as president of the Philippines-Japan Ladies Association for 13 years.

Under her stewardship, the association undertook various educational and socio-cultural programs, encouraging intensified exchanges between Japanese and Filipinos. DMS