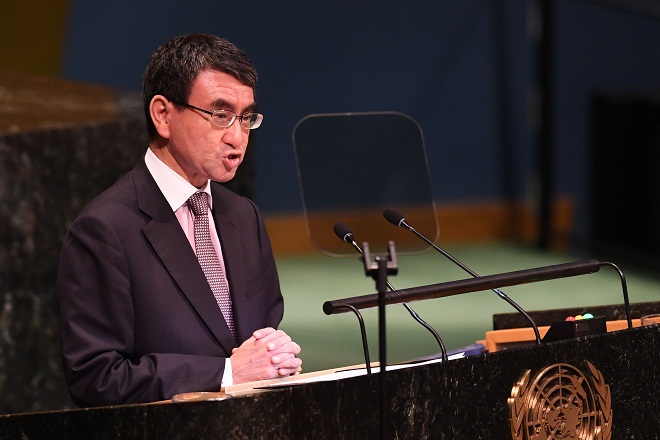 Bangkok--Japanese Foreign Minister Taro Kono urged new British Foreign Secretary Dominic Raab on Thursday to realize his country's orderly exit from the European Union based on an agreement between the two sides.

Kono made the request at his first meeting with Raab, who took office last week, in Bangkok as new British Prime Minister Boris Johnson is poised to implement Brexit with or without a deal.

The Japanese minister called for Brexit not to negatively affect Japanese companies and the global economy.

Raab vowed to make every effort to dispel the concerns of Japanese companies, noting that Johnson will shortly visit European countries to discuss Brexit. Jiji Press