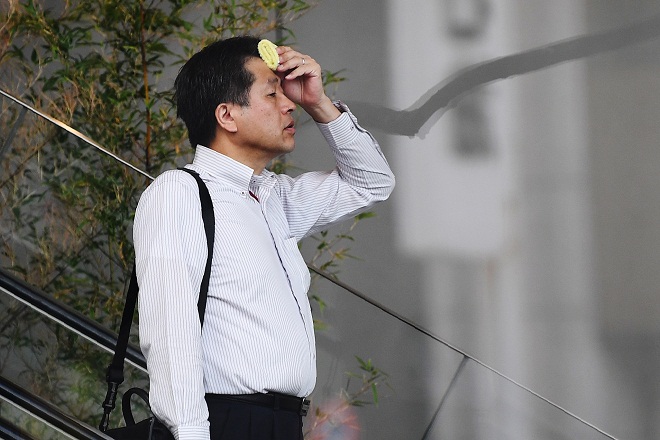 Tokyo--The number of people taken to hospital by ambulance due to heatstroke in Japan in July tumbled some 70 pct year on year to 16,431, the Fire and Disaster Management Agency said Friday.

In July last year, the number climbed to 54,220, highest for a single month since the survey started in 2008.

This year, temperatures in July were lower than the average for the month, with prolonged rain.

Of the total sufferers, 25 died and 446 fell into serious condition requiring at least three weeks of hospitalization, according to the agency.

People aged 65 and older accounted for 53.4 pct of the total.