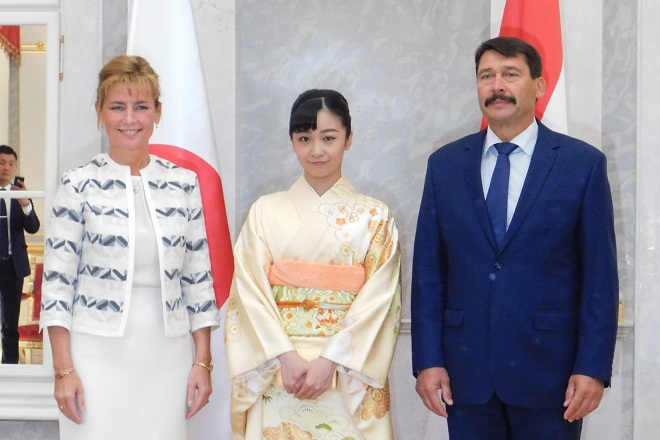 Asked by Ader about her impression of the streetscape of the Hungarian capital, Princess Kako, dressed in a light-yellow kimono with flower patterns, said that it is "extraordinary beautiful."

Earlier in the day, the princess, the second daughter of Crown Prince Akishino and Crown Princess Kiko, visited Gellert Hill, which offers a panoramic view of Budapest.

Princess Kako is scheduled to attend a dinner on Saturday to mark the 150th anniversary this year of the establishment of diplomatic relations between Japan and Hungary.

Before Hungary, the princess visited Austria also to mark the 150th anniversary of diplomatic ties. The visit to the two countries is her first official trip abroad.Jiji Press