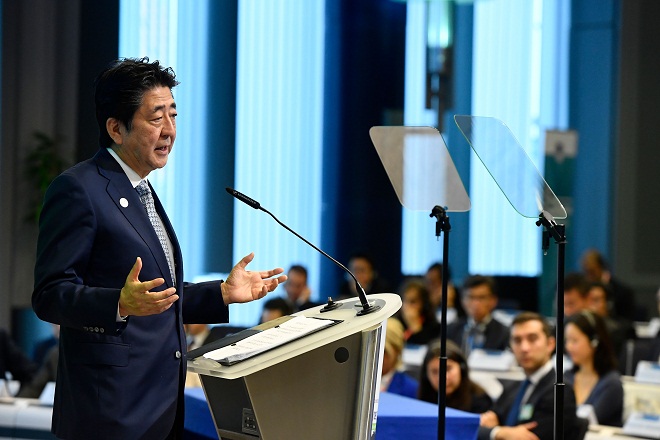 Brussels--Japanese Prime Minister Shinzo Abe on Thursday sent a message of condolences to the family of Jacques Chirac, a two-term French president who died on the same day.

"When I close my eyes, I can see his smiles that are full of kindness and intelligence," Abe, now visiting Brussels, said in the message. "I sincerely pray for the repose of the soul of the great politician, who was an irreplaceable friend of mine."

Abe said Chirac, known to be pro-Japanese, was widely loved in the country. His deep interest in Japanese culture led him to acquire unrivaled knowledge of Japan and contribute to the promotion of exchanges between Japan and France, the prime minister said.

In Tokyo on Thursday, Japan Sumo Association head Hakkaku, a former yokozuna sumo grand champion who had the ring name of Hokutoumi, issued a statement expressing his "deep gratitude" for Chirac's generous support for the sumo world.