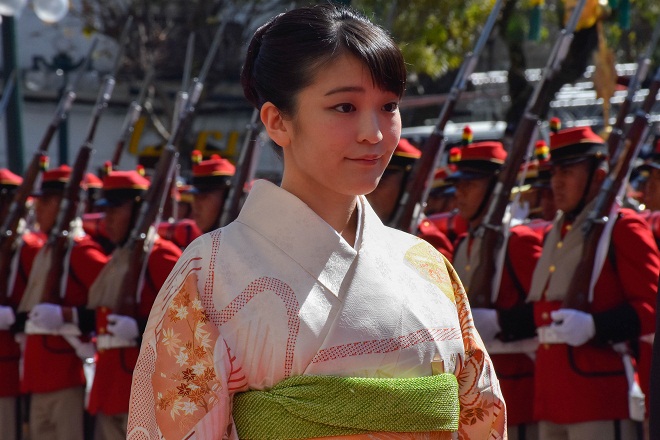 The Imperial Household Agency started making an annual announcement on her recent life on the occasion of her birthday after her father succeeded to the title of Crown Prince from his brother, Emperor Naruhito, upon the Imperial succession May 1.

This year, Princess Mako took over from her parents work to attend three events including an annual forest conservation festival.

In July, she traveled to Peru and Bolivia to mark the 120 years since the first Japanese immigrants arrived in the two South American countries.

She was clad in "junihitoe" ceremonial kimono when she attended Emperor Naruhito's "Sokuirei-Seiden-no-Gi" enthronement proclamation ceremony Tuesday. She made a public appearance in junihitoe for the first time.

Ceremonies related to her planned marriage with Kei Komuro will remain on hold until next year.

Princess Mako works as a part-time researcher at the University of Tokyo's University Museum while taking a doctoral course at International Christian University's Graduate School of Arts and Sciences. Jiji Press