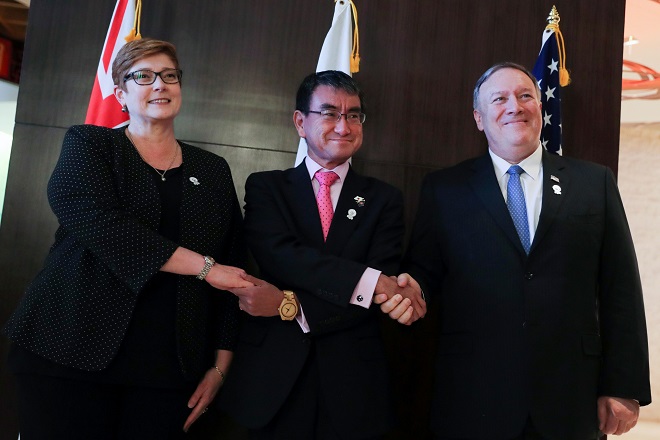 At their meeting in Bangkok, Kono and Minh, who doubles as deputy prime minister of Vietnam, also confirmed cooperation over North Korea's nuclear and missile development, and its abductions of Japanese nationals decades ago.

They agreed to deepen collaboration at a series of foreign ministers' meetings related to the Association of Southeast Asian Nations in the Thai capital this week.

Vietnam is in charge of coordination between Japan and ASEAN this year, and is set to serve as next year's chair of the regional bloc. Jiji Press