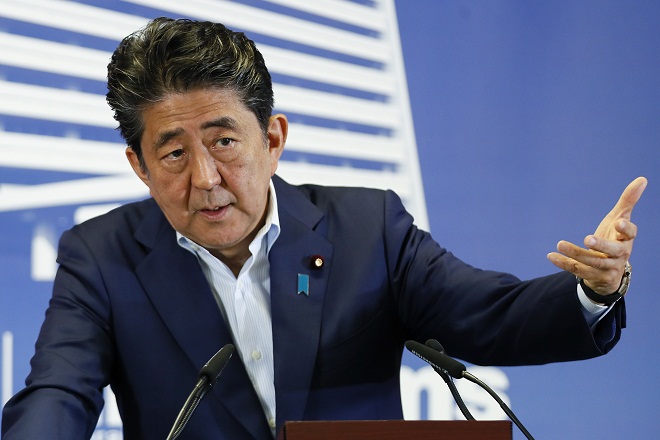 Tokyo--Japanese Prime Minister Shinzo Abe on Thursday reiterated his intention to raise the consumption tax as planned in October, according to Koichi Hamada, special adviser to his cabinet.

Abe told Hamada that an event as serious as the global financial crisis of 2008 is unlikely to occur, according to the adviser who briefed reporters on their meeting at the prime minister's office in Tokyo.

The prime minister has repeatedly said that the tax will be raised from 8 pct to 10 pct in October unless such an event takes place.

Abe also told Hamada that no major last-minute demand before the tax increase is seen at this point and that this means that there would be no significant setback in consumption after the hike, according to the adviser. Jiji Press