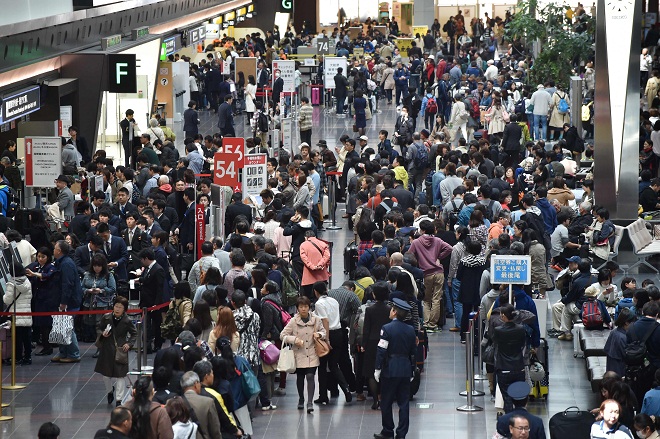 Tokyo--Japan said Monday that its diplomatic offices in China will accept applications for tourism visas to Japan online through designated travel agencies, starting in April next year.

Online applications for single-entry tourism visas will be accepted at seven Japanese diplomatic offices outside Hong Kong. They will also provide electronic visas.

Starting Tuesday, the Japanese embassy in Beijing will start accepting online applications for group tourist visas through all travel agencies.

China will be the first country for which Japan provides such online services.

The move comes as the burden on officials has increased due to a surge in the number of visa applications from Chinese people in recent years.

"The streamlined procedures will enable swift visa issuance and allow us to focus on screenings," an official at the Japanese Foreign Ministry's Consular Affairs Bureau said. Jiji Press