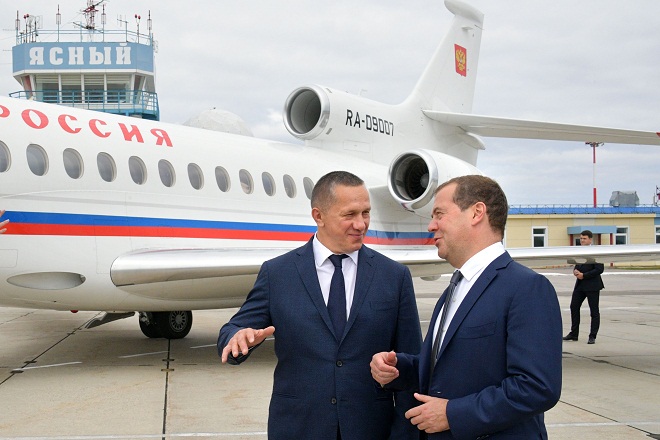 Japan strongly protests Medvedev’s visit to one of disputed isles

Tokyo--The Japanese government said Friday that it has made a strong protest through diplomatic channels over Russian Prime Minister Dmitry Medvedev's visit earlier in the day to one of the four Russian-held islands at the center of the two countries' territorial dispute.

Foreign Minister Taro Kono, on a visit to Thailand, issued a statement the same day condemning the visit to the disputed isle, called Etorofu in Japan, as "extremely regrettable" as it "hurts the feelings of Japanese people."

Medvedev paid the latest visit in defiance of Tokyo's call to refrain from visiting any of the four islands, collectively called the Northern Territories in Japan.

The island visit "does not contribute to Japan-Russia relations at all" at a time when the two countries are "vigorously conducting peace treaty negotiations," the Japanese minister stressed. Jiji Press