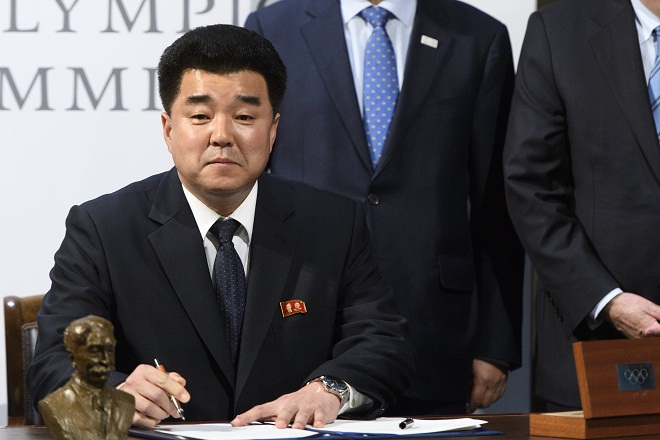 Tokyo--Chief Cabinet Secretary Yoshihide Suga indicated on Monday that Japan intends to approve the entry into the country of Kim Il Guk, North Korea's sports minister and president of its Olympic committee.

Kim plans to visit Japan to attend a two-day general assembly meeting of the Association of National Olympic Committees in Tokyo from Wednesday.

"There is a prevailing view in the international sports world that any discrimination based on nationality or other factors should be forbidden, and the Olympic Charter has a similar provision," Suga said.

The Japanese government in principle bans the entry of people of North Korean nationality as part of its sanctions on Pyongyang. Jiji Press