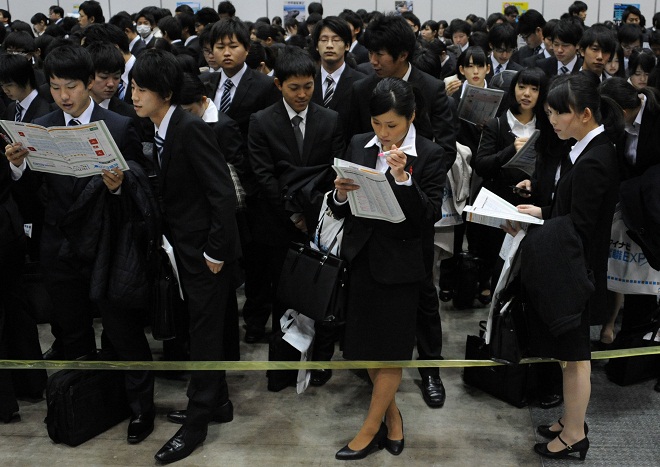 Tokyo--Japan's seasonally adjusted jobless rate fell by 0.1 percentage point from the previous month to 2.3 pct in June, the first decline in two months, the Ministry of Internal Affairs and Communications said Tuesday.

The number of jobless people decreased by 10,000 to 1.61 million, the ministry said.

The jobless rate for women hit its lowest level since February 1991, dropping 0.2 point to 2.0 pct, as people in a wide range of age groups found jobs.

The unadjusted number of women with jobs grew by 530,000 from a year earlier to 30.03 million, surpassing the 30-million threshold for the first time.

The number of men with jobs was up by 70,000 at 37.44 million partly because companies are increasingly willing to hire elderly men.

Separately, the Ministry of Health, Labor and Welfare said the effective ratio of job openings to job seekers in June fell by 0.01 point month on month to 1.61 after seasonal adjustment, down for the second consecutive month, due in part to a decrease in new jobs in the manufacturing industry.

The ratio represents the number of jobs available to each job seeker registered at Hello Work public job placement offices across the country.

By prefecture, the job availability ratio was highest in Gifu, central Japan, at 2.19, and lowest in Hokkaido, northernmost Japan, at 1.30.