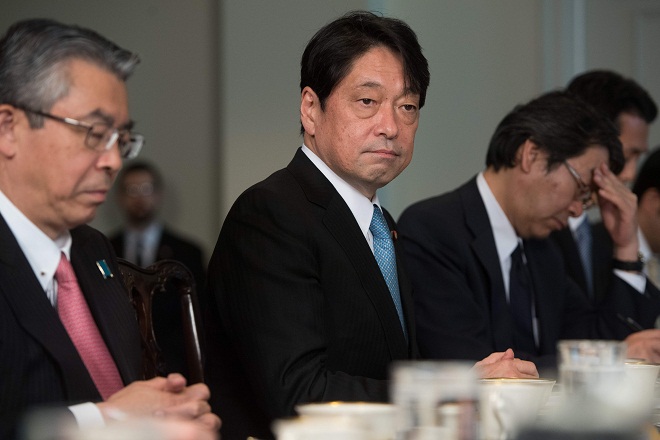 New Delhi- Japanese Defense Minister Itsunori Onodera and his Indian counterpart, Nirmala Sitharaman, agreed Monday to sign a pact on logistics cooperation between the Japanese Self-Defense Forces and the Indian military at an early date.

The envisaged acquisition and cross-servicing agreement is intended to enable mutual supplies of food, ammunition and other goods.

"The (early) conclusion of the bilateral ACSA is important for creating an environment to allow the SDF and the Indian military to conduct sufficient joint exercises," Onodera told reporters.

At the meeting in New Delhi, Onodera and Sitharaman also agreed that the Japanese Air SDF will take part in a U.S.-India joint military drill as an observer.

The ministers affirmed that Japan and India will work together for promoting a free and open Indo-Pacific strategy proposed by Japanese Prime Minister Shinzo Abe.