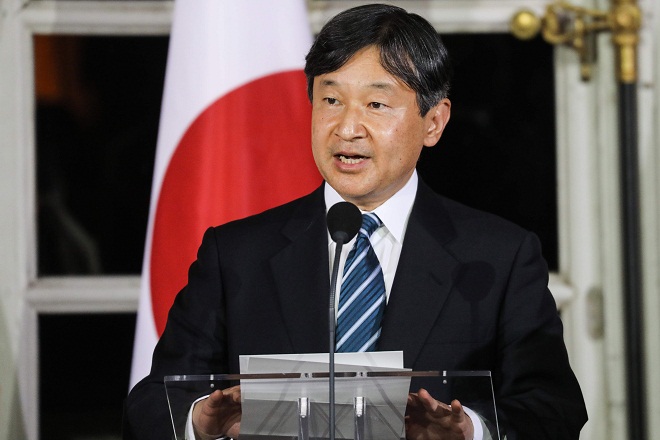 The government thinks it desirable to let the new era name known to both of them beforehand, because an ordinance on the new era name will be signed by Emperor Akihito for promulgation and implemented on May 1, when Crown Prince Naruhito rises to the throne, the sources said.

The government is considering having Prime Minister Shinzo Abe report the new name directly to both the Emperor and the Crown Prince, according to the sources close to Abe.

The government is expected to report the new name to them as soon as the government selects it from among the proposed names.

The government will seek advice from the Cabinet Legislation Bureau to set a specific reporting procedure, so as not to raise any question about the constitutionality of the procedure, the sources said. The constitution bans the Emperor from being involved in political affairs.

Under the 1979 era name law, Japan stipulates an era name in a government ordinance. In determining the new name, the government will follow the procedure taken when the current one, Heisei, was decided in 1989, according to the sources.

The new name will be adopted at a cabinet meeting April 1 this year after being selected from proposed options. The government will obtain opinions from experts and the heads of both chambers of the Diet, the country's parliament, to make its decision.

The selection process will not involve the current or the new Emperor. At the time of the 1989 name change from Showa, the government reported the era name of Heisei to Emperor Akihito through the grand steward of the Imperial Household Agency before making it public.

The government decided to announce the new era name a month before the Imperial succession, even though some Liberal Democratic Party lawmakers and the Japan Conference, a Shinto-linked conservative group backing Abe, called for an announcement after the enthronement.

The idea of reporting the new era name to both the Emperor and the Crown Prince beforehand was devised partly as a response to concerns among conservative people that a prior announcement may defy the tradition of assigning only one era name to each Emperor. Jiji Press