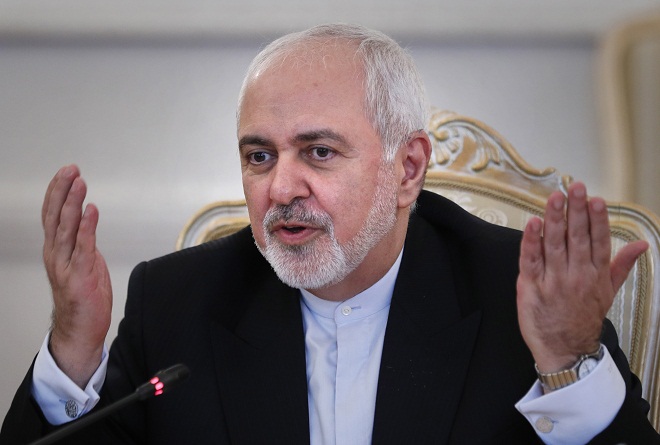 Zarif will meet with Kono, and then with Abe, on Thursday. They are expected to exchange views on rising U.S.-Iran tensions.

According to Japanese government sources, Zarif's Japan visit was decided at the last minute. He will stay in the country until Friday.

Earlier this month, Iran announced its decision to partially suspend its commitments under the 2015 international nuclear deal, after ties with the United States, which unilaterally withdrew from the accord last year, soured rapidly.

Increasingly concerned over the rift between Washington and Tehran, Tokyo is expected to push for de-escalation of tensions.

Abe is expected to call on Iran to exercise prudence, after the Persian Gulf nation hinted that it may close the Strait of Hormuz, an important waterway for crude oil transport.

Japan will "consider seriously how to respond if a blockade actually occurs," Kono told a press conference on Tuesday, stressing the government's intention to make all-out efforts to prevent adverse effects on the Japanese economy in such an event. Jiji Press