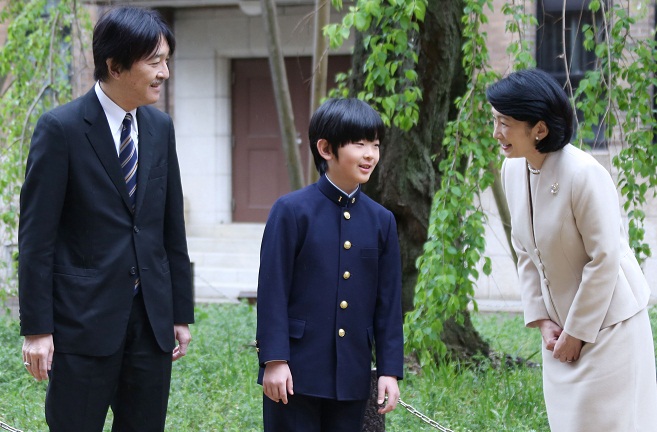 Tokyo- Japanese public prosecutors on Friday indicted a 56-year-old man who broke into Prince Hisahito's junior high school and placed knives on his desk in late April, on charges including damaging property and violating the swords and firearms control law.

The Tokyo District Public Prosecutors Office did not disclose whether the suspect, Kaoru Hasegawa, has admitted to the charges.

The prosecutor office concluded that Hasegawa, from the western Japan city of Kyoto, is competent to take criminal responsibility, after he was detained for two months from May for psychiatric examinations.

According to the indictment, Hasegawa allegedly cut off cables for a security camera installed at Ochanomizu University using pruning scissors and intruded into the junior high school affiliated with the national university in Tokyo's Bunkyo Ward with two kitchen knives on April 26.

Tokyo's Metropolitan Police Department arrested Hasegawa on April 29 for the suspected intrusion into Ochanomizu University Junior High School, which is attended by Prince Hisahito. Two fruit knives attached to an aluminum pole were found on the classroom desk of the 12-year-old prince, the third child and the only son of Crown Prince Akishino and Crown Princess Kiko.

According to sources including the MPD, the suspect entered the school, pretending to be a plumber. During questioning soon after the arrest, Hasegawa admitted that he entered the school and left the knives on the desk of Prince Hisahito, who is second in line to the throne. Jiji Press