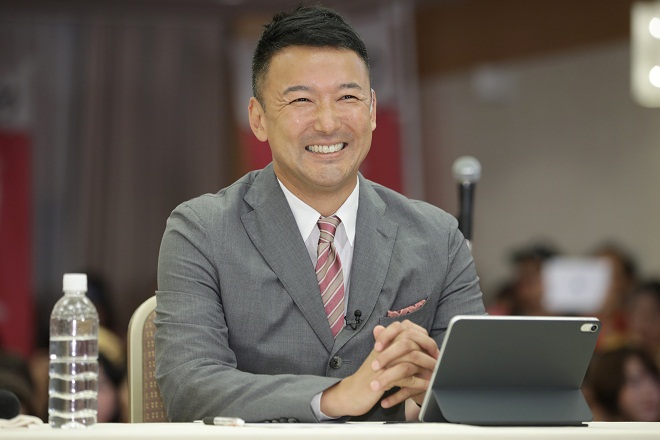 INTERVIEW: Reiwa Shinsengumi ready to cooperate with other opposition parties

Tokyo--New Japanese political group Reiwa Shinsengumi is ready to cooperate with other opposition parties under certain conditions in the next election for the House of Representatives, the lower chamber of parliament, leader Taro Yamamoto said in a recent interview with Jiji Press.

"We're willing to join forces with other opposition parties in the Lower House election if an agreement to bring back the consumption tax to 5 pct is reached," Yamamoto said.

The consumption tax is scheduled to rise from the current 8 pct to 10 pct in October.

Yamamoto recently unveiled a plan for his group to field as many as 100 candidates in the next Lower House election. This is a number to pursue if the group fights the election alone, he said in the interview. "We'll cooperate if opposition parties join forces."

Reiwa Shinsengumi made an impressive debut in last month's election for the House of Councillors, the upper chamber of parliament, in which two candidates with severe disabilities from the group won seats.

Yamamoto took a negative stance toward Prime Minister Shinzo Abe's drive to reform the Constitution. "It's extremely dangerous for a person who doesn't comply with the current Constitution to push for constitutional reform."

He proposed that Tokyo pledge to provide financial assistance to the United States for a certain period of time to encourage Washington to move its military bases in Okinawa to the U.S. mainland. Jiji Press