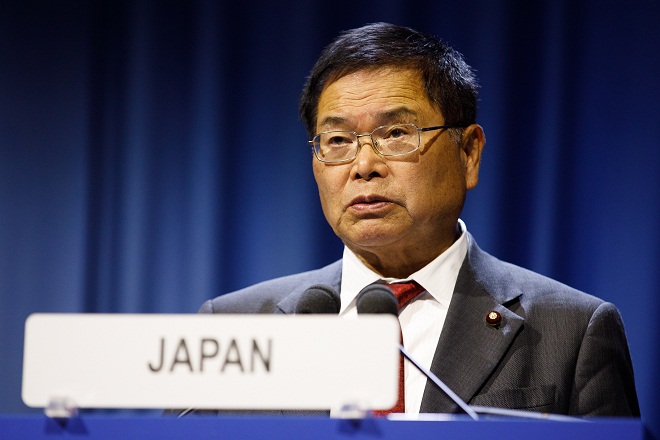 Tokyo--Japan's science and technology policy minister Naokazu Takemoto has expressed eagerness to strengthen the country's cooperation with the United States in space development partly in view of China's growing presence in the field.

"Japan needs to boost its presence on the basis of its cooperation with the United States," he said in an interview with media organizations including Jiji Press, responding to a question about what the country should do to develop its space industry.

The minister, who took office in the Sept. 11 cabinet reshuffle, revealed that NASA Administrator Jim Bridenstine has asked Japan to join the U.S. space agency's Artemis project to land astronauts on the Moon again by 2024. "We'd like to work together" on the project, Takemoto continued.

"Bearing in mind that there is China as a rival, Japan and the United States should work to secure big presences in the field of space development by making full-fledged plans and achieving goals," he also said.

In foreign countries, private organizations, not governments, are playing the role of matching startups developing space-linked businesses using cutting-edge technologies and patrons, Takemoto said. He predicted that Japan will follow suit in the future, saying that such initiatives are "needed for the supply of risk money."

He cited Japan's mold technology as an example. "Japan's presence will grow if the country further develops its strengths."

"If we do the same things and explain that it's completely safe, I think people concerned over misinformation (about radiation) would come to understand," he said. Jiji Press