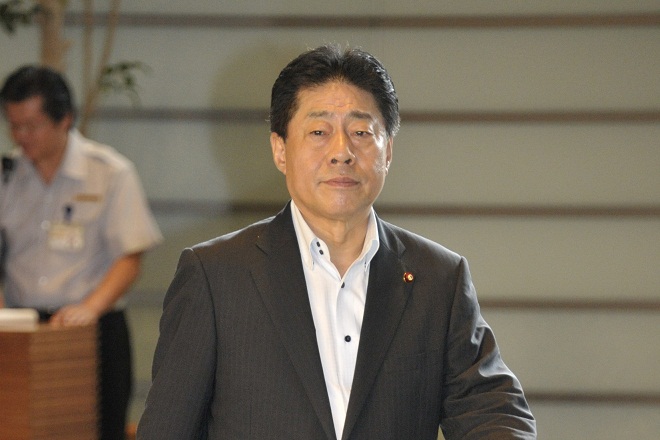 Tokyo- Komeito believes that there should be discussions on constitutional revision despite its reservations about issues such as clarifying the raison d'etre for the Self-Defense Forces in war-renouncing Article 9, a senior party official has said.

Kazuo Kitagawa, chairman of the party's constitution research council, said the Constitution must change with the times while preserving its fundamental principles.

"(The current version) is a great Constitution that laid the foundation for and developed postwar Japanese democracy," Kitagawa said in a recent interview.

"The three principles of popular sovereignty, respect for basic human rights and pacifism must be upheld regardless of the era," he said. "On top of that, we must revise the Constitution in line with new ways of thinking or new values arising with the change of the times, if current provisions are in conflict with them."

He also said that there should be free discussions between political parties about the content of constitutional revision at the same time.

"Why shouldn't there be discussions in tandem with (debates about procedures)?" he said. "Debates about regulations on commercials are expected to take a long time, so it's not right not to get into the core of the discussion until they are finished."

The Komeito lawmaker suggested that the ruling Liberal Democratic Party should express its opinions regarding its four-point constitutional reform proposal, which other parties could use as a springboard for discussions.

"It's important to let ideas battle each other in public," he said. "The LDP cannot make a draft bill for constitutional reform by itself."

But Kitagawa showed skepticism over the LDP's efforts to include a mention of the SDF in the Constitution, as part of its reform proposal.

"Many people support and understand the role of the SDF," he said. "I wonder how necessary clarifying the SDF (in the Constitution) is, when many do not think of it as a violation of the Constitution.

"The national security legislation passed in 2015 established a framework so that (the SDF) can fulfill its many roles to defend our country, and that is sufficient."

On whether the disagreement between the LDP and Komeito on the SDF issue may affect their partnership in the ruling coalition, Kitagawa said that detailed discussions on constitutional reform cannot proceed without cooperation from Komeito. He also said that he thinks the LDP will make efforts to create a consensus between the coalition partners. Jiji Press