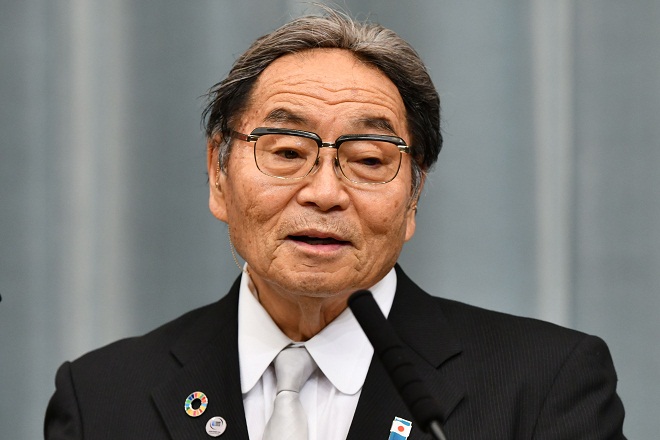 The country is in a "very important phase" as fiscal 2019, which started in April, marks the last year of the government's first five-year regional revitalization plan, Kitamura said.

"As the minister in charge, I'll play a leading role in drawing up a comprehensive follow-up strategy and the government will work as one to strengthen regional revitalization efforts," he said.

"By also encouraging proactive efforts by local governments across the country, we will realize regional revitalization led by local areas," he said.

Kitamura rejected suggestions that local revitalization efforts are losing momentum. "Awareness on regional revitalization is taking root for sure," he said, referring to a series of government support measures such as subsidies.

Asked about what the government has achieved under the first five-year plan, Kitamura cited improved youth employment in regional areas and six straight years of record highs in the number of foreign visitors and agricultural exports.

But he said further regional revitalization efforts are needed given that the Tokyo area marked a net population inflow of 136,000 last year.

"To create new population flows to regional areas to correct the concentration in Tokyo, we'll make and expand the groups of people with ties to regional areas, on top of the measures that have been taken so far," Kitamura said.

He touted the "super city" initiative to create cities utilizing advanced technologies. The use of cutting-edge technologies such as autonomous driving and remote medical care for people's daily lives "will enable us to dramatically improve the convenience of life and resolve the social challenges each region faces," he said. Jiji Press