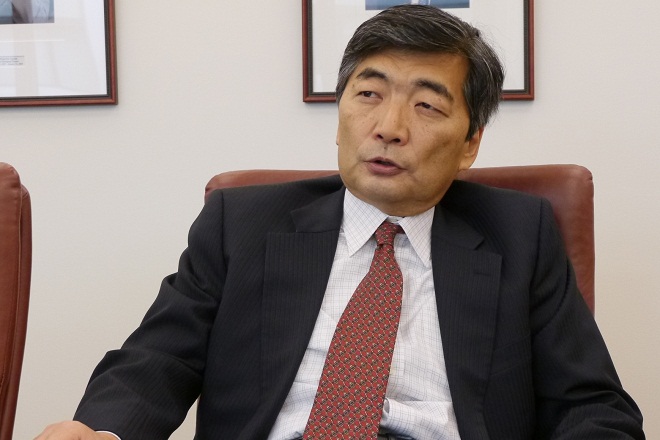 The top finance and monetary officials from the 20 advanced and emerging economies "should identify common challenges that transcend their egos through existing frameworks, such as the World Trade Organization," Shinohara, former vice minister of finance for international affairs, said in a recent interview.

He showed opposition to bilateral talks as a way to deal with trade issues, as sought by the administration of U.S. President Donald Trump.

The meeting, scheduled to take place in the southwestern Japan city of Fukuoka on Saturday and Sunday, is designed to lay the groundwork for the G-20 summit in the city of Osaka, western Japan, on June 28-29.

After the 2008 collapse of U.S. investment bank Lehman Brothers, the G-20 member economies united to share goals and clearly declared their opposition to protectionism in order to prevent a repetition of the Great Depression in the 1930s, Shinohara recalled. "But I don't feel that's happening at all now," he said.

Meanwhile, Shinohara predicted that the G-20 will see "a certain agreement" on cross-border taxation on multinational companies, including information technology giants, and high-quality infrastructure investment that takes debt sustainability of emerging nations into account.

"But it would be difficult to draw some sort of conclusion," he continued, noting that the United States upholds a domestic-oriented policy and views differ also among other members.

Elsewhere in the interview, Shinohara said he hopes that ongoing Japan-U.S. trade negotiations will not cover a possible curb on the number of Japanese automobiles exported to the United States.

The automotive issue is a "touchstone" of whether talks on a multilateral framework to correct trade imbalances, as proposed by Japan, can be launched, Shinohara said.

If Japan accepts such numerical restrictions, however, that would represent "an incident symbolizing that free trade is receding from the world," he warned. Shinohara said the prospects for the global economy are "very uncertain" due chiefly to U.S.-China trade friction and issues involving Britain's exit from the European Union.

"It's clear that U.S.-China trade friction has a negative impact on the economies of both countries," he pointed out.

The Japanese economy is "fragile," Shinohara said, noting that domestic demand is very weak and that its gross domestic product would fall if external demand wanes.

"A slowdown in the Chinese economy will affect Japan's exports to China," he predicted. Jiji Press