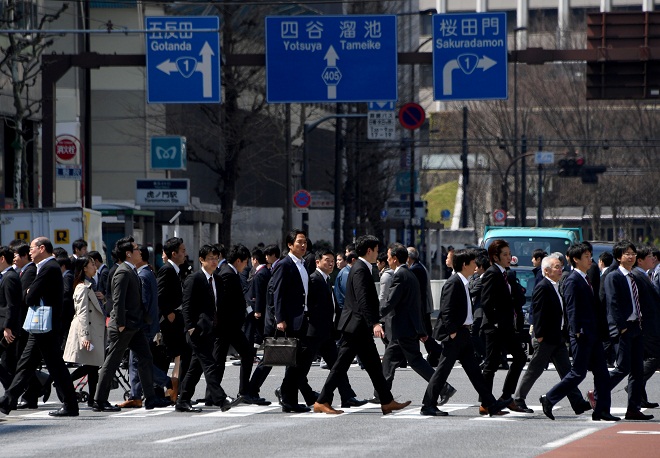 INTERVIEW: 3,000 Foreigners to Work in Japan under New Visa System

Tokyo- Over 3,000 foreigners are set to work in Japan under the new visa system introduced in April, the Immigration Services Agency's leader has said.

The agency is required to play the additional role of supporting foreigners following the introduction of the status for foreign workers with designated skills, according to Sasaki.

Many foreigners have been allowed to work under a provisional measure as they wait for the planned acquisition of the status, which has been delayed due to slow procedures, she said.

In addition, many applications have been filed for change of visa status by foreigners living in Japan and for residency status certifications by people living overseas, she continued.

Furthermore, more than 2,000 people have passed industry-specific tests for the new status, according to the commissioner.

"Foreigners with the designated skills are expected to increase steadily," Sasaki said.

Sasaki denied foreign workers are overconcentrated in city areas, saying that applications for the new status are accepted and technical intern training provided all across the country.

Under the new visa system, business and other entities and individuals have registered as support organizations for foreigners hoping to work in Japan with the visa status, including for relatively low-skilled workers.

The registered organizations are obliged to secure proper employment and give adequate support for their customers, she said.

This is the first time for the immigration authority to make such support an obligation, according to Sasaki.

"We took care to create a system in which foreign workers have someone to turn to," she said.

"I think it would be great if there is a dedicated profession to support foreigners as infrastructure of a society where foreigners will continue to increase," Sasaki said.

If the system of publicly certifying the profession "works well, it may become a key feature of Japan's foreign worker admission policy," she added.

Immigration agency officials have talked about the possibility of creating such a system, according to Sasaki.

But for now, the priority is to foster support organizations registered under the current system, she said. Jiji Press