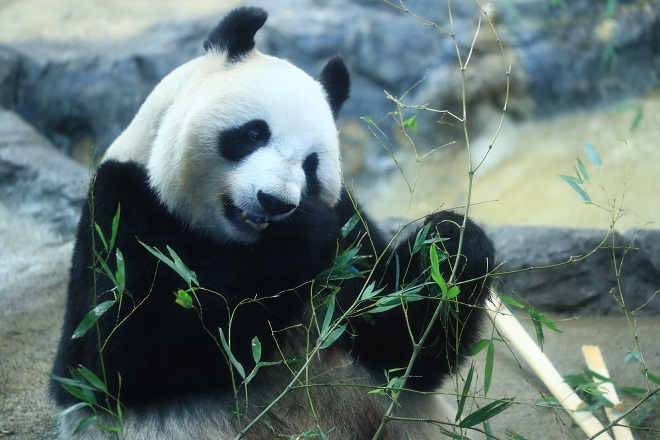 The female giant panda was originally due to be handed over to China in June this year.

"I'm grateful about the extension," Koike said at a press conference. "I want Xiang Xiang to be loved by people in Tokyo and elsewhere. I also hope the cub will thrive."

The extension came after talks with the China Wildlife Conservation Association on possible stress on Xiang Xiang during transportation and the cub's adjustment to a new environment in China.

Under an agreement with China, any cub born to a giant panda on loan from China must be sent to that country 24 months after its birth.

The dates of Xiang Xiang's handover and last day of appearing in public at the zoo will be discussed between the Tokyo metropolitan government and the Chinese association. Jiji Press