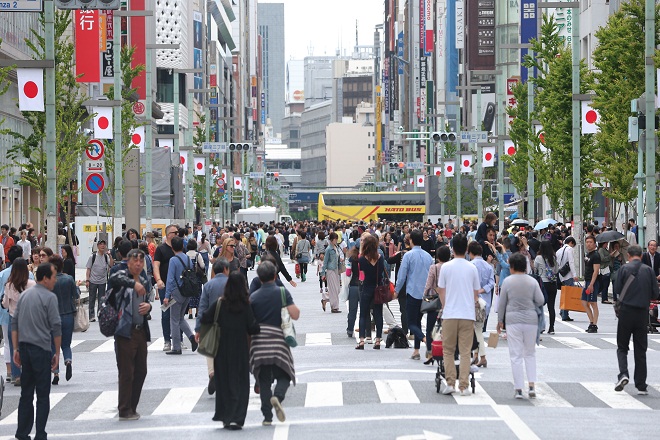 FOCUS: Osaka at crossroads for growth into “Modern Medical City”

Osaka--Osaka, long known as a "town of medicine," has come to a turning point, with attention focused on whether it can thrive again as a "modern medical city."

The Dosho-machi area of the city of Osaka has been home to many pharmaceutical companies since the 1603-1868 Edo period, including Ono Pharmaceutical Co. <4528> and others that were founded there and have grown into leading Japanese drug makers.

The biggest attraction of Osaka to pharmaceutical companies is the easy access to research facilities for the development of new drugs and the presence of many renowned researchers at universities in the Kansai western Japan region with the city at the center, such as Shinya Yamanaka, a Nobel Prize-winning induced pluripotent stem, or iPS, cell researcher at Kyoto University.

Ono developed nivolumab, an anticancer drug marketed as Opdivo, jointly with distinguished Kyoto University Prof. Tasuku Honjo, an immunologist and Nobel laureate. While the patents on Opdivo will expire around 2030, Ono will continue the development of new drugs in Osaka, which an executive said has "sound research environments" and is "attractive in the field of life sciences."

But the relocation of core offices by pharmaceutical companies from Osaka to Tokyo has continued, along with the globalization of operations.

Sumitomo Dainippon Pharma Co. <4506> relocated corporate planning and other core departments to Tokyo in 2013 to reinforce globalized segments of its business, while Mitsubishi Tanabe Pharma Corp. <4508> plans to transfer its management strategy division to Tokyo within a few years to promote its business in the United States.

The domestic market for pharmaceutical companies is shrinking due to revisions of government-set drug prices and the emergence of generics. "We'll go downhill unless we globalize our operations," a Sumitomo Dainippon official said, reflecting the spreading sense of crisis in the industry.

As pharmaceutical companies often need to deal with the Ministry of Health, Labor and Welfare, Osaka-based companies are tempted to move head office functions to Tokyo to help quick decision-making.

Drug makers set to continue Osaka-based operations are pinning high hopes on the World Exposition to be held in Osaka in 2025 under the main theme of promoting health care development and longevity. Aiming to reinvigorate Osaka as a "medical city," the Osaka prefectural and municipal governments plan to build a research center for regenerative medicine in the city's Kita Ward in October 2023.

While Kyoto and Kobe place emphasis on basic studies, the new center will serve as a hub for the commercialization of research results, a prefectural government official said.

Noting that pharmaceutical companies in Osaka tend to be research-oriented, Tomohisa Ishikawa, head of the Japan Research Institute's Kansai Economic Research Center, said their study results "will be carried abroad" if their commercialization is delayed.

Cooperation among local governments, medical research institutes and pharmaceutical companies in Kansai should be strengthened further, Ishikawa said, adding that local governments and business groups need to foster people who can act as links among them before the Osaka Expo. Jiji Press