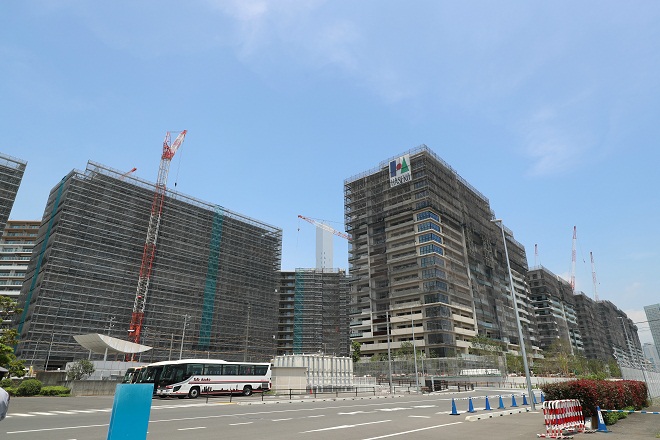 Tokyo- A construction company with suspected ties with a yakuza gang group participated as a subcontractor in the 2020 Tokyo Olympic and Paralympic athletes' village project, Jiji Press learned Friday.

The Metropolitan Police Department has arrested yakuza group boss Mitsunobu Hiroo, 70, and three others on suspicion of illegally dispatching workers to the company, based in Kawaguchi, Saitama Prefecture, north of Tokyo.

The Tokyo police are also set to send papers on the company to public prosecutors, according to informed sources.

The construction company is suspected of receiving workers from the gang group for public works in Kawaguchi and Toda, another Saitama city, between February and July.

In addition, the firm is believed to have accepted workers dispatched by the suspects for the athletes' village project in the Harumi waterfront district of Tokyo's Chuo Ward.

The suspects gathered homeless people and sent them to construction sites and other workplaces, police sources said. They pocketed as much as about 30 pct of these workers' wages.

"It's not easy to fully exclude yakuza from such a large project with strict deadlines," said lawyer Takashi Ozaki, familiar with yakuza-involved civil cases.

"The big national project may become a major funding source for gangs, unless all companies in the project think seriously about excluding gangs," Ozaki warned. Jiji Press