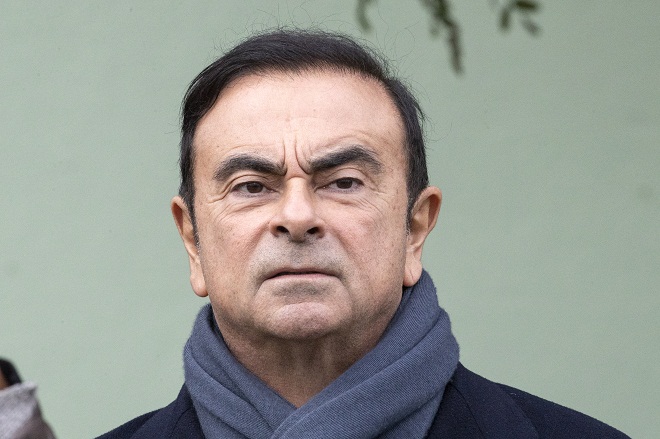 Tokyo--Tokyo prosecutors and Nissan Motor Co. <7201> executives began negotiations on plea-bargaining deals over charges against Carlos Ghosn, former chairman of the Japanese automaker, in October, informed sources told Jiji Press on Saturday. Ghosn, 65, was arrested on Nov. 19, a few weeks after the Nissan executives agreed with the prosecutors to provide information about his alleged financial misconduct under plea bargains.

The evidence that the prosecutors started disclosing to the defense team for Ghosn as part of pretrial procedures is believed to contain testimonies by the executives. The defense side is analyzing them to prepare for trial.

Nissan opened a full-fledged internal investigation into Ghosn's alleged misconduct in June based on whistleblowing, while providing information to the prosecutors, sources familiar with the situation said.

A non-Japanese Nissan executive close to Ghosn and a former chief of the automaker's secretaries' office, who is Japanese, started talking about Ghosn's wrongdoing during the in-house investigation.

During the internal probe, the executives hinted at their involvement in Ghosn's underreporting of his executive pay and fraudulent purchases of overseas real estate using the company's funds.

The executives told in-house investigators that they would disclose further details to the prosecutors if they make plea bargains, the sources said.

In plea negotiations, the prosecutors agreed not to indict the executives in exchange for their cooperation in the investigation.

Ghosn was released on bail on Wednesday after 108 days in detention since his arrest. He has been indicted for understating his pay and inflicting damage to Nissan.

The plea deals covered Ghosn's alleged fraudulent purchases of overseas real estate. But the prosecutors have yet to make a case against the matter due apparently to a lack of evidence, the sources said. Jiji Press