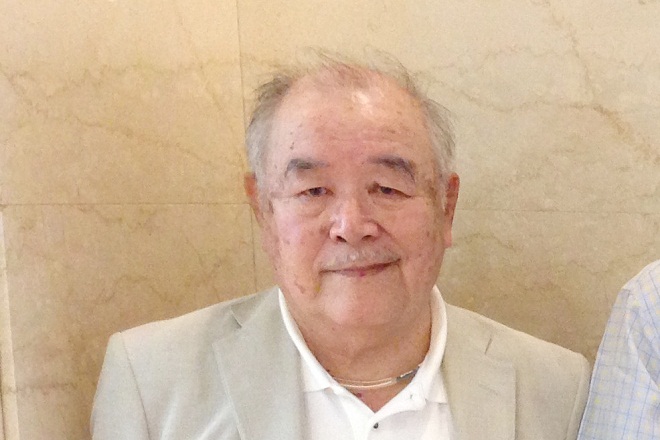 Tokyo- Haruhide Matsushita, who led the Japan Air Self-Defense Force's Blue Impulse aerobatic team in the opening ceremony of the 1964 Tokyo Olympics, died of disease at a hospital in Chiba Prefecture on May 28, Jiji Press has learned. He was 87.

During the opening ceremony, five Blue Impulse jets, with Matsushita piloting the No. 1 jet, drew the Olympic symbol of five interlocking circles with blue, yellow, black, green and red smoke in a clear sky over the National Stadium.

Matsushita described the day's sky as "the most beautiful" he had ever seen and the flight as "the best" in his life.

According to his family, he was in hospital from this spring and wished to watch the 2020 Tokyo Games.

Of the other four members of the 1964 team, Toru Danno, the No. 2 jet's pilot, and Hiroo Funabashi, the No.4 plane's pilot, have died.

Matsushita joined the ASDF in 1955 and became a pilot for its then mainstay F-86 fighter fleet. After leaving the ASDF, he served as a pilot for international flights with Japan Airlines. Jiji Press