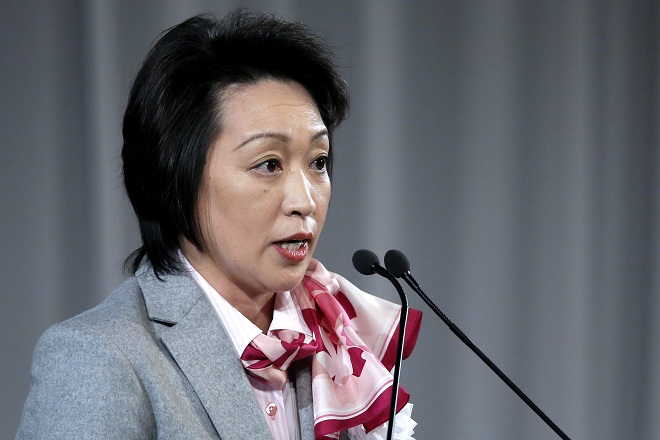 Tokyo--Former speed skater Seiko Hashimoto emerged as a candidate for the 2020 Tokyo Olympics and Paralympics minister on Thursday, ahead of a planned cabinet reshuffle by Prime Minister Shinzo Abe on Wednesday.

Hashimoto, elected to the House of Councillors for a fifth time in July, has participated in a total of seven Summer and Winter Olympics, including the 1992 Winter Games in Albertville, France, where she won a bronze medal.

As Hashimoto currently serves as vice president of the Japanese Olympic Committee, a former cabinet member described her as "the most promising candidate" for the ministerial post.

Hashimoto's appointment to the post would also come in line with the Abe administration's emphasis on promoting women's social participation.

Hiroshi Moriyama, parliamentary affairs chief of the ruling Liberal Democratic Party at present, is expected to be given a key party post again. Jiji Press