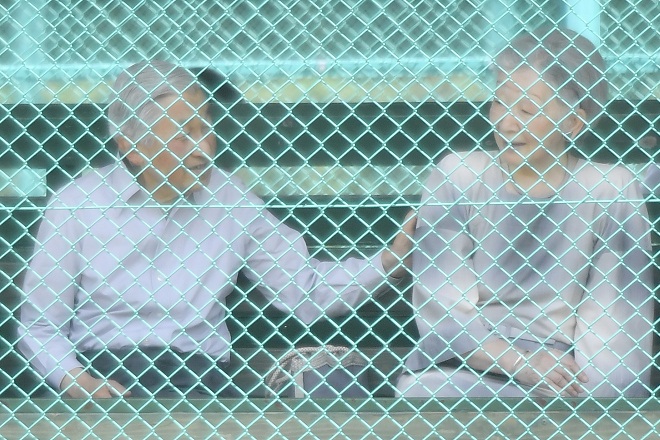 The tennis court is the place where the retired emperor and empress met for the first time in August 1957 when they were crown prince and a commoner. They married in April 1959.

The couple arrived at the court by car late in the morning and stayed there for about 30 minutes. They interacted with old acquaintances.

Both the Emperor Emeritus and Empress Emerita looked relaxed, said Seiro Moroto, a senior member of a local tennis club, who attended the Imperial couple.

The couple said, "Nice shot!" as they watched a match and praised an 89-year-old player for his energetic plays, Moroto said.

Emperor Emeritus Akihito said he recently plays table tennis rather than lawn tennis, according to Moroto.

The couple visited the court for the first time since the former emperor abdicated the throne at the end of April this year. Jiji Press