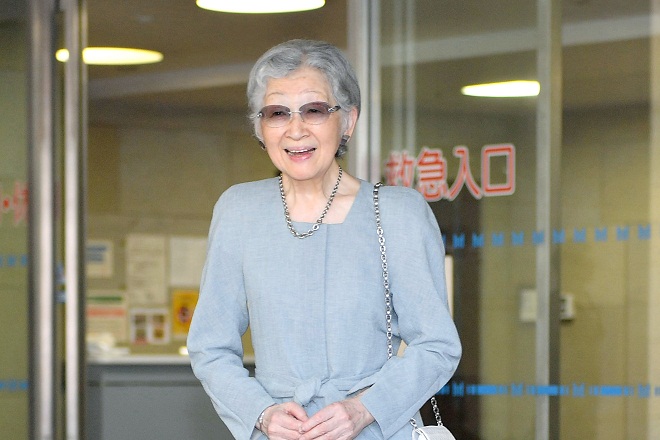 The agency announced the result of the final pathology examination of the 84-year-old former Empress, who underwent successful surgery to remove stage 1 cancer in the left breast at the University of Tokyo hospital on Sept. 8.

Her postoperative progress has been smooth, the agency said.

The Empress Emerita will skip radiation therapy because the risk of cancer coming back is low. She will undergo hormone therapy to prevent female hormones that could cause breast cancer to grow, the agency said.

She had cancer about one centimeter in size and surrounding tissues removed in the surgery. The pathology examination showed that cancer has not spread to the tissues, the agency said.

There was no metastasis to the sentinel lymph node, the first area cancer can spread to, either.

The type of her breast cancer was Luminal A, which is sensitive to female hormones.

Empress Emerita Michiko will take medication for a number of years to prevent female hormones from functioning and undergo regular examinations to detect cancer recurrence.Jiji Press