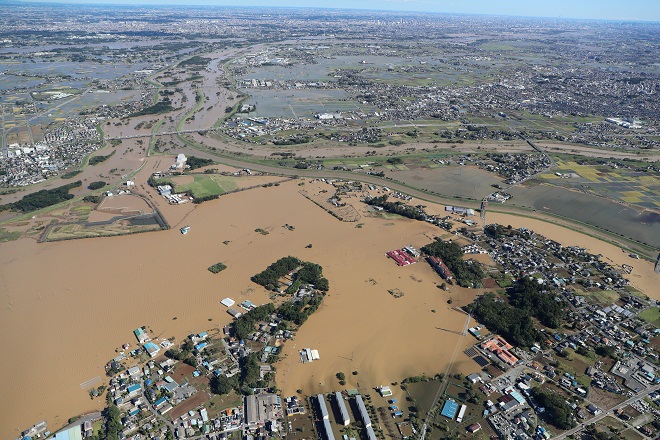 Death toll from Typhoon Hagibis rises to 37 in Japan

Tokyo--The death toll from Typhoon Hagibis, which lashed center and eastern Japan on the weekend, rose to 37 in 11 prefectures on Monday, while 13 people were missing.

Police officers and firefighters are searching for those unaccounted for.

In areas that suffered extensive flooding, including the town of Marumori, Miyagi Prefecture, northeastern Japan, and the central city of Nagano, work continued to rescue stranded residents.

Levees for 20 rivers collapsed at 29 locations, prompting the land ministry to scramble to reconstruct them and drain the inundated areas.

The ministry sent officials to five prefectures to give advice on river and road repair work.

According to the Fire and Disaster Management Agency, evacuation advisory was in place for about 760,000 people in eight prefectures as of Monday morning and some 38,000 people was taking shelter. Jiji Press