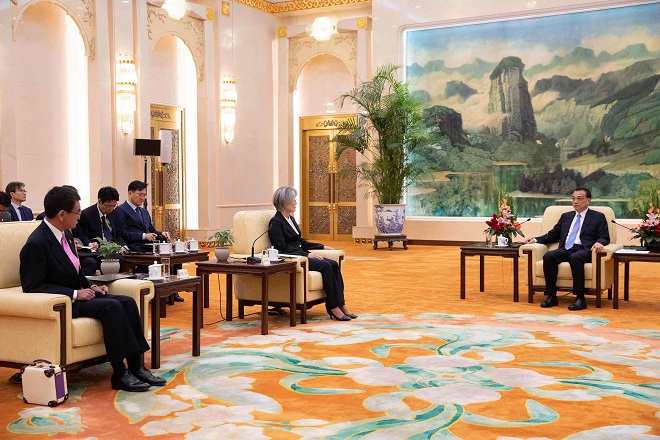 Talking with Japan's Taro Kono and South Korea's Kang Kyung-wha at the Great Hall of the People, Li underscored the need to advance trilateral cooperation to a higher stage by coping with sensitive problems for each of the three countries in an appropriate manner, according to officials with access to the meeting.

The Chinese premier also indicated Beijing's intention to host a summit of the three Asian neighbors later this year.

Li was quoted as telling the two visiting ministers that he wants the summit to bear fruit.

Meanwhile, Kono expressed his eagerness to promote working-level cooperation among the three countries for personnel exchanges and in the environment field.

He also told Li that Japan will be fully ready for welcoming Chinese President Xi Jinping as a state guest next spring, according to the officials. Jiji Press