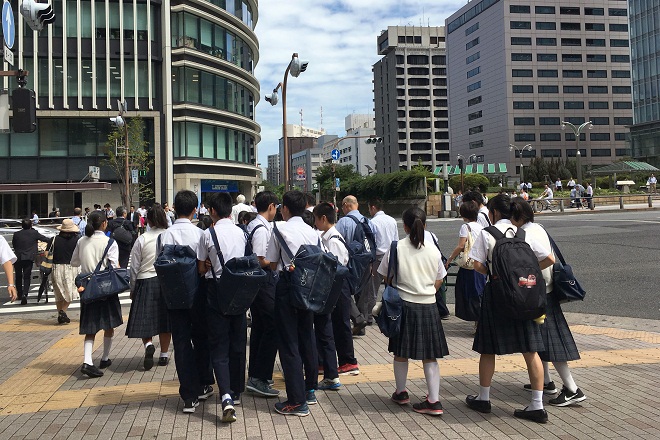 Tokyo--The number of children under 18 who fell victim to crimes through social media stood at 1,811, inching down from the record high of 1,813 recorded in 2017, the National Police Agency said Thursday.

Of them, 749 fell prey to indecent acts and other actions violating local ordinances on juvenile protection, up by 47 from the previous year.

While the number of children who became victims of child pornography decreased by 25 to 545, the figure more than quintupled over the last 10 years.

Victims stood at 991 in high school and 624 in junior high school, together accounting for almost 90 pct of the total. The number of elementary school kids came to 55.

For 1,559 of the 1,811 victims, the agency could verify whether they set filters to their devices to limit access to harmful websites.

Of them, only 187 had added such filters when they fell victim to the crimes. While the number rose by 57, the proportion of victims using filters remained low at 12 pct.

The agency plans to move ahead with efforts to push the spread of filters, as well as work together with schools to conduct educational activities by using example cases of cybercrimes. Jiji Press