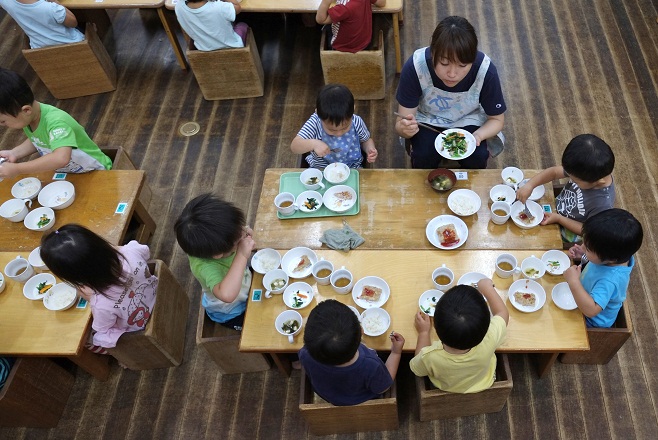 Tokyo--The number of child abuse cases handled by child consultation centers in Japan in fiscal 2018 surged 19.5 pct from the previous year to 159,850, hitting a record high for the 28th straight year, the welfare ministry said in a preliminary report on Thursday.

The figures were unveiled at a meeting on the day of heads of child consultation centers across the country and local government officials in charge of issues related to child abuse.

The ministry also said a detailed examination of fatal abuse cases for fiscal 2017 found that 13 children died in family suicide, down by 15 from the preceding year, while the number of children who died from other acts of abuse increased by three to 52.

The surge in the cases in fiscal 2018 came as consultations increased for not only physical abuse cases, involving acts like beating and kicking, but also psychological cases, such as verbal attacks and neglect. Psychological abuse cases were up 22.4 pct at 88,389 in the year that ended in March.

The total number grew also due to an increase in reports from police to child consultation centers, ministry officials said, adding that there were many cases in which domestic violence took place in front of children.

As part of measures to save the lives of children, the government is asking child consultation centers to confirm the safety of possible victims within 48 hours of receiving reports on the suspected cases.

A survey by the ministry found that action to confirm safety was taken within the time frame for 139,617 of the 153,571 children reported to child consultation centers as potential victims in the year to June, with the proportion standing at 90.9 pct of the total. For 11,984 children, or 7.8 pct, however, such action came after the deadline.

In a case in June in which a two-year-old girl in Sapporo, northern Japan, died after being mistreated, a local child consultation center failed to take appropriate action based on the 48-hour rule. Jiji Press