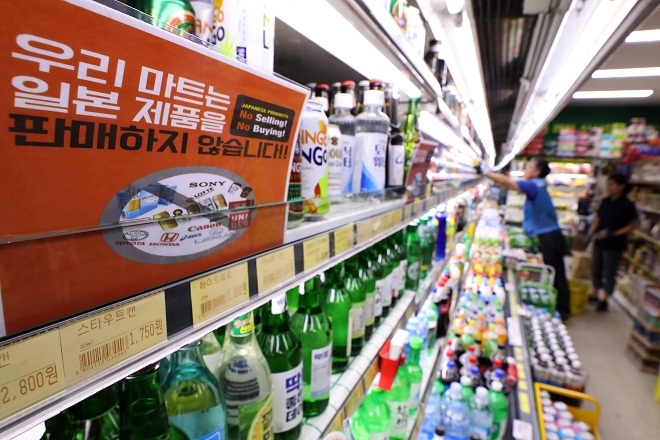 Seoul--The city assembly of Busan in South Korea enacted on Friday an ordinance calling on the city government to make efforts to refrain from buying the products of certain Japanese companies.

The ordinance brands Japanese businesses that requisitioned people from the Korean Peninsula to work for them during Japan's colonization of the peninsula from 1910 to 1945 and inflicted damage on these people as "war-criminal companies."

The Busan assembly also passed a bill to revise an existing ordinance, to add statues and sculptures commemorating historic events to the scope of items for which the city government gives permission for roadside installation.

Statues symbolizing requisitioned South Korean workers and so-called women have been erected near Japan's consulate-general in Busan in an unlawful manner. The revised ordinance will make them legal. Comfort women refer to those who provided sex to Japanese troops before and during World War II, including people who were forced to do so.

The Japanese government is seeking the removal of the statues, claiming that the situation is in violation of the Vienna Convention on Diplomatic Relations, which calls for the dignity of foreign missions to be maintained.

The Busan assembly's latest move came at a time when relations between Japan and South Korea continue deteriorating due to wartime labor and other issues. Jiji Press