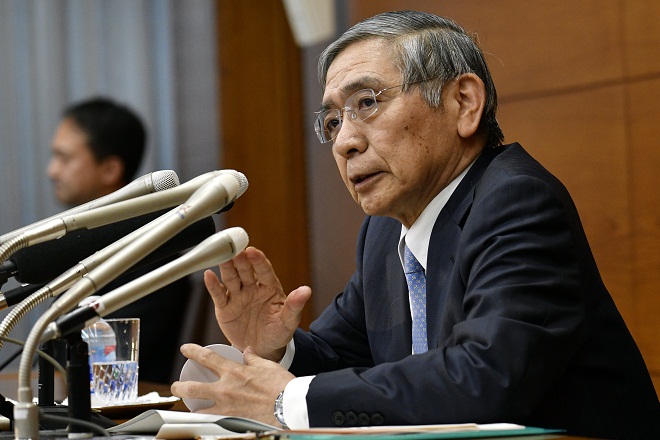 While indicating that the BOJ will maintain its current easing policy for now, Kuroda told a meeting of the House of Representatives Committee on Financial Affairs, "We will certainly consider additional easing if prices lose their upward momentum."

Kuroda added that the BOJ would implement additional easing steps, if any, by combining various policy tools and after examining their benefits and side effects.

Finance Minister Taro Aso told the same Lower House panel that the Japanese economy is not believed to be in a hopeless situation and is expected to be able to cope with a planned consumption tax hike in October. Jiji Press