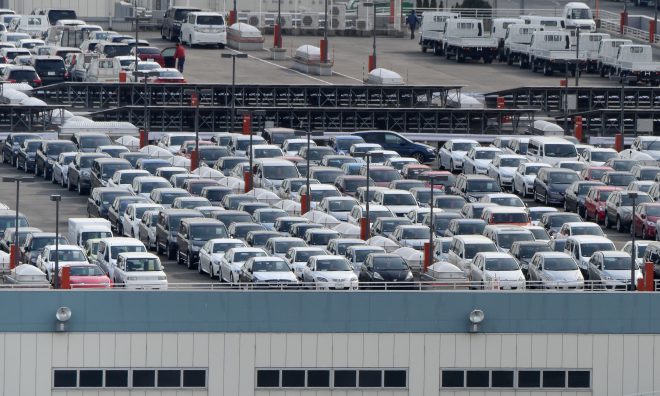 The quarterly and annual rates were revised upward from the preliminary readings released last month of 0.2 pct and 1.0 pct, respectively, reflecting a steeper rise in corporate capital expenditures.

In nominal terms, October-December GDP grew 0.4 pct for an annualized rise of 1.6 pct, also stronger than the preliminary figures of 0.3 pct and 1.2 pct, respectively. “The moderate recovery trend is continuing” in the Japanese economy, which saw the fourth consecutive quarterly expansion in October-December, a Cabinet Office official said in a briefing.

For the whole of 2016, revised GDP growth was unchanged from the preliminary report, at 1.0 pct in real terms and 1.3 pct in nominal terms.

In the revised data, real corporate capital expenditures jumped 2.0 pct in the third quarter of fiscal 2016, against the preliminary rise of 0.9 pct, led by the real-estate and food manufacturing sectors.

Private consumption was revised up to a rise of 0.04 pct from a drop of 0.01 pct. Spending on food services and automobiles expanded, while that on vegetables fell as prices rose on unusual weather conditions. Public-sector investment, meanwhile, saw its decline widen to 2.5 pct from 1.8 pct.

Growth in private residential investment was cut to 0.1 pct from 0.2 pct.

Exports rose by 2.6 pct and imports by 1.3 pct, both unchanged from the preliminary data.Domestic demand pushed up real GDP growth by 0.1 percentage point, compared with a negative contribution of less than 0.1 point in the preliminary report.