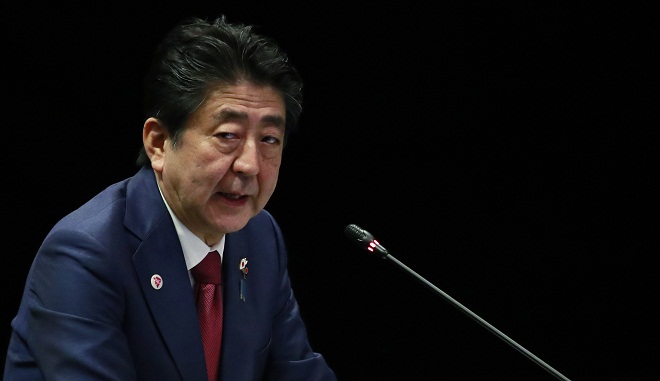 She added, "The remark alone would lead to a no-confidence motion against the cabinet" of Abe.

"The prime minister is looking down on the Diet," said Kazuhiro Haraguchi, Diet affairs head of the opposition Democratic Party for the People. "I'm trembling with anger."

Abe made the remark in question at a gathering of business leaders on Wednesday.

After explaining that he returned from his trip to South America only on Tuesday, Abe drew laughter from the audience by saying, "Tomorrow, I'll face complicated questions (about the foreign workers bill) for two hours at the House of Councillors Judicial Affairs Committee, even though I still have bad jet lag." Jiji Press