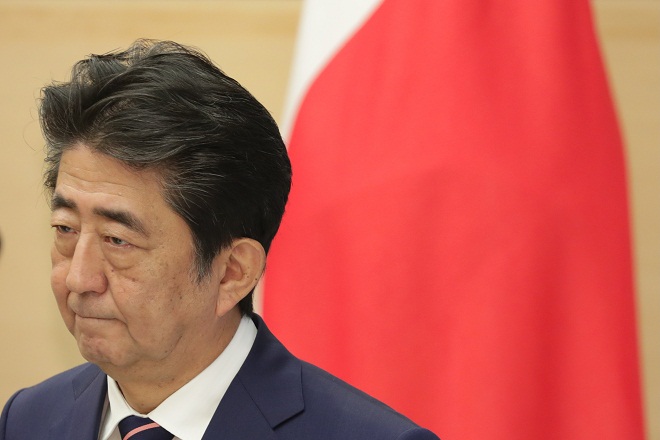 Tokyo- With a parliamentary session to start on Oct. 4, Japanese Prime Minister Shinzo Abe plans to place less conservative members of his ruling Liberal Democratic Party in key party and parliamentary posts related to constitutional amendment, in the hope of luring opposition parties into talks on the issue.

The focal point of the upcoming session of the Diet, the country's parliament, is whether it can kick-start talks on reforming the post-World War II pacifist code, a long-standing political goal of Abe.

In October last year, Abe appointed former education minister Hakubun Shimomura to head the LDP's Headquarters for the Promotion of Revision of the Constitution, expecting him to help accelerate parliamentary efforts to revise the Constitution.

But Shimomura provoked a fierce backlash from opposition parties after criticizing their reluctance to accept talks on the matter as neglect of duty.

Abe has decided to replace Shimomura with former Chief Cabinet Secretary Hiroyuki Hosoda, who is known for his gentle character.

Abe also plans to pick former welfare minister Takumi Nemoto, from Kochi-kai, a liberal faction within the LDP, as secretary-general of the constitutional reform promotion headquarters.

Meanwhile, former internal affairs minister Tsutomu Sato, also from the liberal LDP faction, is slated to be nominated as chairman of the House of Representatives Commission on the Constitution.

Sato, who has served as LDP Diet affairs chief and chairman of the Lower House steering committee, has connections with the opposition side.

Under Abe's initiative for constitutional reform, the LDP aims to present its amendment draft, including an addition to war-renouncing Article 9 to define the Self-Defense Forces, during the autumn Diet session.

The LDP has been prevented from putting forward the draft, as the ruling and opposition camps have remained at odds over a law revision related to national referendums on constitutional amendment.

Speaking to reporters on Thursday, LDP Diet affairs chief Hiroshi Moriyama expressed hope for opposition camp cooperation to pass the law revision during the extraordinary session. "I hope that deliberations (on the law revision) will move forward and reach a conclusion," he said.

Nevertheless, the main opposition Constitutional Democratic Party of Japan is poised to step up opposition to any constitutional revisions under the Abe administration, looking ahead to the next general election for the all-important lower chamber of the Diet.

On Thursday, the CDPJ and the Democratic Party for the People, another major opposition party, agreed to form a single group in both Diet chambers. "We can face Diet debates many times as powerfully as we did before," CDPJ leader Yukio Edano said.

One LDP executive said the unified opposition parliamentary group could end up in disarray.

The LDP itself may be out of step with its coalition partner, Komeito, on constitutional amendment, observers said.

Komeito is cautious about revising the pacifist Constitution but willing to have talks on the top law. Still, a party source said, "(Amending) Article 9 is impossible." Jiji Press