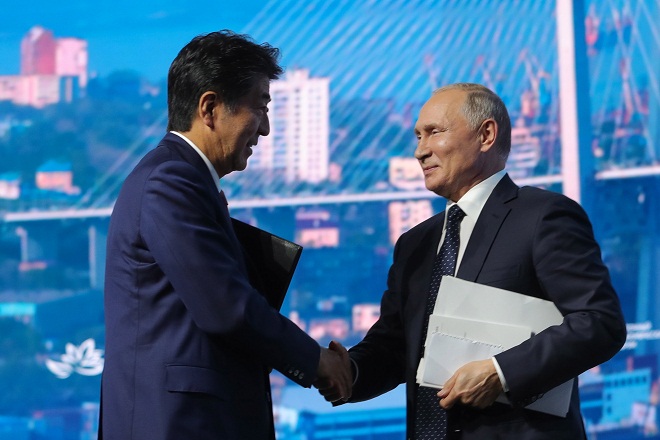 Vladivostok, Russia--Japanese Prime Minister Shinzo Abe on Friday welcomed the progress made on the implementation of an eight-point Japan-Russia economic cooperation program that was proposed by Tokyo in 2016.

"Persistence pays off," Abe said when he discussed about the business environment in Russia with Japanese company officials who joined a three-day Eastern Economic Forum meeting in Vladivostok in Russia's Far East through the same day.

"Thanks to your efforts, progress has been steadily made in giving shape to the program," the prime minister said.

Referring to a Japanese investment in a liquefied natural gas development project by a Russian company, Abe said, "LNG produced in the Arctic will likely arrive in Japan through the Northern Sea route in the near future."