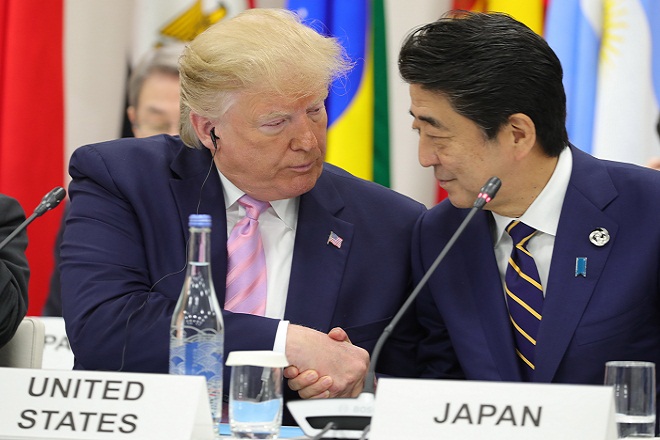 The two leaders are widely expected to discuss a proposed Japan-U.S. trade agreement.

A senior U.S. government official expressed hope for a swift conclusion of negotiations for the trade deal as talks have apparently entered the final stage, saying, "We've had a strong interest in a trade deal with Japan for quite some time."

"(Japan is) a partner and ally that (U.S. Trade Representative Robert) Lighthizer is prioritizing," the official said. But the official avoided commenting on whether Abe and Trump will be able to show a clear roadmap for reaching an agreement when they meet in France.

Lighthizer is the chief U.S. negotiator in the trade talks with Japan, currently holding a meeting with Japanese Economic Revitalization Minister Toshimitsu Motegi in Washington.

The G-7 summit will bring together the leaders of Britain, Canada, France, Germany, Italy, Japan and the United States. Jiji Press