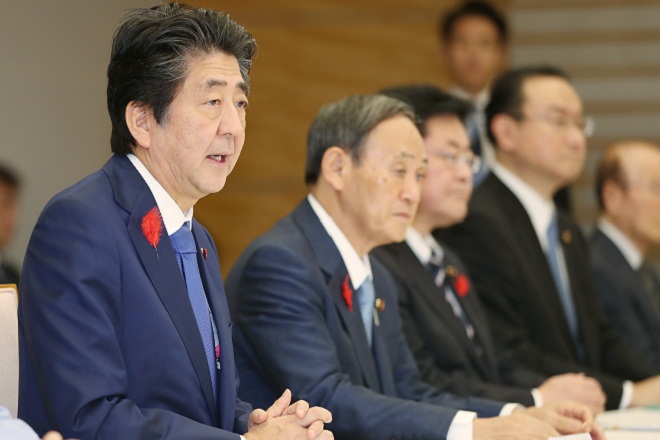 "We'll make full efforts to ensure affected people live safely again as soon as possible," Abe said at a meeting of the Budget Committee of the House of Councillors, the upper chamber of the Diet, Japan's parliament.

The prime minister also indicated that the government is planning to designate the 19th typhoon of this year as an extremely severe disaster eligible for enhanced state aid for affected areas.

The committee set aside one hour to discuss issues related to the typhoon.

Asked about remarks by Toshihiro Nikai, secretary-general of the ruling Liberal Democratic Party, that the damage from the typhoon was "tolerable," Abe said that there is no tolerable level of damage.

On the refusal by Tokyo's Taito Ward to accept homeless people to an evacuation facility, Abe said, "It is desirable for shelters to accept all evacuees." The government will investigate and respond to the case appropriately, he said.

Responding to a call to summon Kansai Electric Power Co. <9503> executives for Diet testimony about a gift scandal involving the company, Abe said, "It's the Diet that decides." Jiji Press