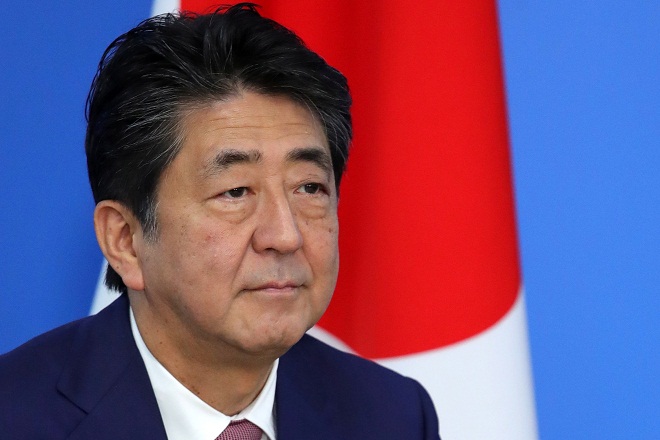 Support rose a mere 1.1 percentage points from the previous month, while the disapproval rate slid 1.1 points to 33.0 pct, according to the survey conducted for four days through Monday.

The Oct. 1 consumption tax hike to 10 pct from 8 pct had limited impact on the support rate.

On a Japan-U.S. trade deal concluded recently, 29.3 pct of all respondents highly rated the agreement, while 30.9 pct did not, showing a divide in public opinion. Those who took neither position or had no idea stood at 39.8 pct.

Asked why they support the Abe cabinet, with multiple answers allowed, 20.3 pct said no other suitable politician can be found. Those citing his leadership stood at 13.0 pct, and 11.4 pct said they trust him.

Of those disapproving the cabinet, 16.2 pct said they have no expectations for it, 15.7 pct described Abe as untrustworthy, and 12.5 pct slammed the cabinet's policies.

Support for the Democratic Party for the People and Reiwa Shinsengumi each stood at 0.6 pct. NHK kara Kokumin wo Mamoru To (the party to protect the people from Japan Broadcasting Corp., or NHK) saw a 0.2-pct support rate, while 0.1 pct backed the Social Democratic Party.

The interview survey was conducted with 2,000 people aged 18 or older across the country. Valid responses were received from 62.2 pct. Jiji Press