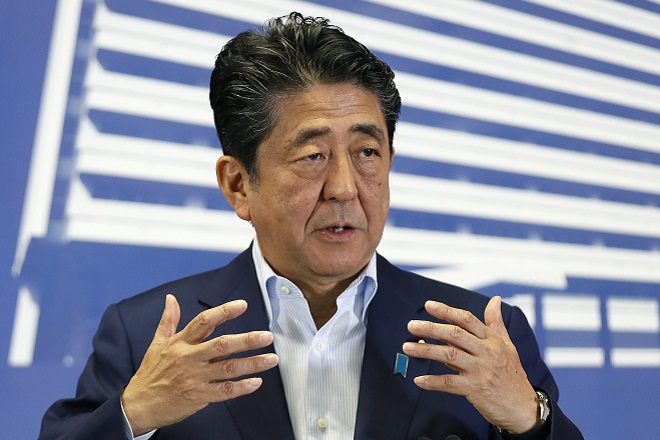 If Abe stays in the post, he will become the longest-serving prime minister in Japanese history on Nov. 20, surpassing the 2,886 days marked by Taro Katsura.

Abe first became prime minister in September 2006 and stepped down only a year later. Since returning to power in December 2012, Abe has brought his ruling Liberal Democratic Party to victory in six straight national elections.

His term of office as LDP president expires in September 2021.

Abe's long term in office is "the result of his government's efforts to address challenges one by one" in areas including the economy, foreign and security policy, and social security, Chief Cabinet Secretary Yoshihide Suga told a press conference on Thursday.

"We'll continue working with a sense of tension while sincerely listening to the voices of the Japanese people," Suga said. Jiji Press